Fava beans and a nice chianti… 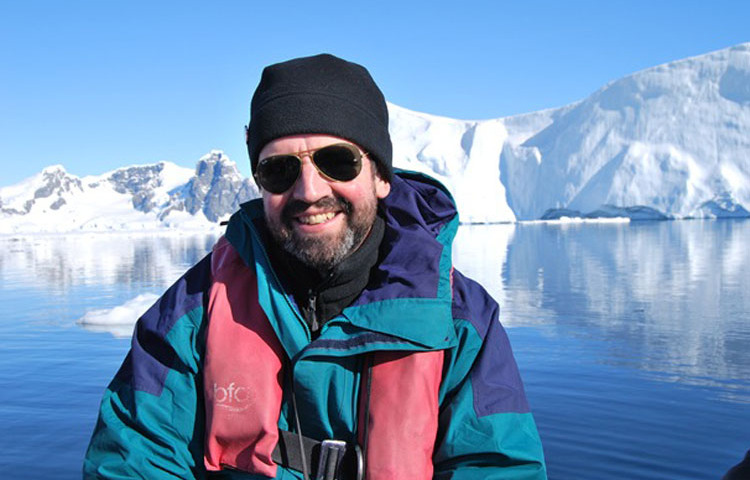 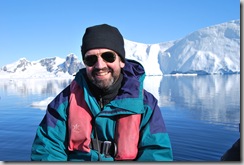 As often happens with binary predicaments there turns out to be a third option.  In the morning a stiff westerly breeze (appx 125 mph) clears the fog and gives the plane a 2 hour window in which to land at Frei station.  After a drenching zodiac ride to the base and an eyeball freezing walk across the martian landscape, we watch the plane hammer down on the gravel runway and climb on board.

Two hours later I am back in Punta Arenas.

It’s time for goodbyes to my fellow travellers from the past 10 days.  There is much exchanging of phone numbers we’ll never call and email addresses we’ll lose on the plane home.  This is not really insincerity – just a polite attempt to soften the truth that travelling companions, unlike dogs, are not for life.

I feel a small sense of disappointment.  I had sort of steeled myself for the mountainous seas of Cape Horn, but I manage to cope with my crushing disappointment by the liberal application of a hot shower and the mini-bar.

A few of our party remain in the hotel, awaiting flights and, by accident of crossing the lobby at the wrong time, I end up going to dinner with the aspergic Mario.  Mario believes his only duty as a dinner companion is to answer questions about himself and that he will receive extra bonus points if he can summarise his response in a one word answer.

Over dinner we explore Mario’s plane spotting hobby, his desire to photograph the full range of military aircraft of every airforce in the world and the relative merits of JPEG photo formats over RAW.  When he does manage to say something with more than one full stop in it, it is a diatribe on what has happened to South Africa since the whites left.

Believing it is important to look for the good in everyone, I have carefully considered Mario’s strong points and here it is……………nah, I got nothing.

The only light relief of the evening comes from the restaurant menu which appears to have been written by a maniac.  It includes such delights as the Paris Hilton Steak “I think of her when I nail this with my fork” and the Lamb Sweetbreads “Inspired by Hannibal Lecter”.  Improbably the food is quite good although seasoned with so much salt that, between this and Mario I am lucky to escape without a major ischemic episode.  I have rarely been so glad to see my hotel room.

And so now it is 5.30am and I am properly on my way home, (on a proper plane, with seats and everything).  From where I sit, I can see a man with a long camera lense taking pictures of a plane.  I am going to kick him before I get on board.