“More gripping and engaging than anything that needs a charger”

IRONHEART in top 5 children’s books for 2014 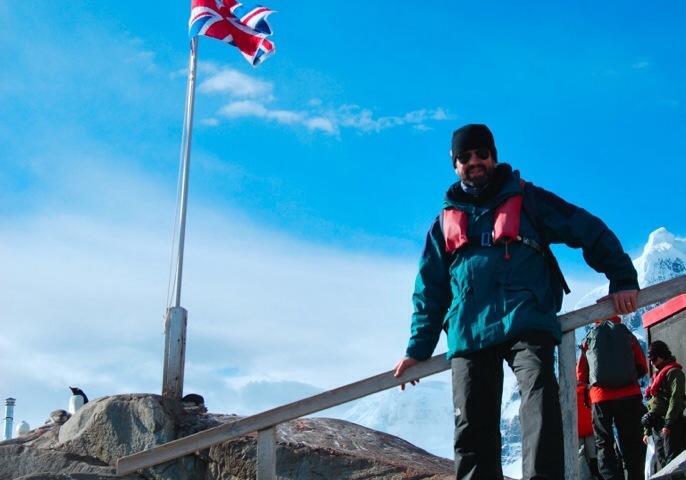 It was while I was packing my bag for Antarctica that my son gave me his carefully considered assessment of my research habits. ‘Dad, isn’t it true that you’re just writing books about the places you want to go and visit?”

He had me there.

On the other hand, I reasoned, why would anyone write a book about a place they didn’t want to visit? For me, the key to a successful adventure story is to give the reader a sense of being ‘on the journey’ and to achieve that, first-hand experience is the most essential tool I have.

Of course, I do ‘routine’ research on the internet like everyone else. (For example, I know that the best ice boots come from reindeer slaughtered in the Autumn, that the Grumman Mallard is the smallest sea-plane capable of flying from London to Archangel on a single tank of fuel and that, if the ice-caps melt anytime soon the sea level will reach the seventeenth floor of the Shard). Such ‘nerd-nuggets’ are vital ingredients in children’s writing, they shore up a story, lending it weight and credibility and giving it the rigour it needs to withstand the scrutiny of an inquisitive young mind.

I have, on many occasions been challenged by young readers to justify the ‘facts’ in my stories; their hunger for detail is insatiable and they will pounce on an incorrect statement like rabid wolves on fresh meat. Children, more than adults it seems, have an obsessive need to test the walls of an imaginary world to see if they will hold the weight of their dreams. I think it is this, more than anything, that makes children such a challenging and exciting audience and it is why I love writing for them so much.

But for me there is more to research than simply collecting and regurgitating facts, however artfully this may be done. I write adventure stories for mid-graders and it is one of my great passions to travel to the places I write about. For my first novel, IRONHEART, my research took me to Siberia, Mongolia and China; for the sequel I went to the Antarctic and for the third in the series I plan to go to Venezuela.

These journeys are not just about collecting data; I can easily find out more facts about Siberia in an hour on Wikipedia than in a month spent travelling there. What first-hand research does give me however is a much deeper sense of place that is grounded in all the senses. No Google search can ever tell you what it feels like to breathe the gin-clear air of the Antarctic, how a Siberian meat market smells or what fermented mare’s milk actually tastes like (yoghurt and cat pee in case you were wondering). In short, no amount of data will ever fully convey what your eyes, ears, nose and tongue can tell you and this will do more to colour your work than any stack of dry facts.

But what if you are writing about a fantasy world? Surely then research is redundant and a writer must rely solely on their imagination to do the heavy lifting? I would argue that the opposite is true; fantasy worlds work best precisely because they feel real and because they obey some basic logic about the world is even if the details are skewed. Would J K Rowling have written the Great Hall at Hogwarts so convincingly if she hadn’t been to Christ Church College in Oxford? Would Middle Earth be so vibrant without Tolkien’s familiarity with Puzzlewood in the Forest of Dean? Good fantasy is rarely based on pure imagination – it requires roots in something solid before it can live and breathe properly.

None of this is meant to imply that a children’s writer has to log more air miles than a flock of starlings (Google tells me this should be a ‘mumuration’). I happen to write adventure stories that are set in the wilderness so that is where I need to go. If your novel is set in Birmingham then head for the Bull Ring; if it’s a supermarket then get a Saturday job in Tescos; a secondary school, then prepare to walk the corridors. But remember this is not just about data gathering – facts are important but they are only the dry ballast of a story. It is travel to unknown places, uncertain journeying and the sense of being a ‘stranger in a strange land’ that feeds a writer with fresh perspectives and colours their writing with subtle shades.

If ever I doubt this, I remind myself that I know a lot about Siberia – I have notebooks stuffed with facts, shelves full of travelogues, Google alerts and RSS feeds at my disposal. Yet one of the best things I learned while I was there is that when it is minus 30 degrees, the standard way of unfreezing a tourist from a toilet door handle is to get him to pee on his own hand. Apart from being one of the most mortifying experiences of my life this particular slice of experience ultimately became part of chapter 14 and never fails to bring the house down at school visits. Believe me when I say that’s something I would never have found out by staying home and reading Wikipedia.